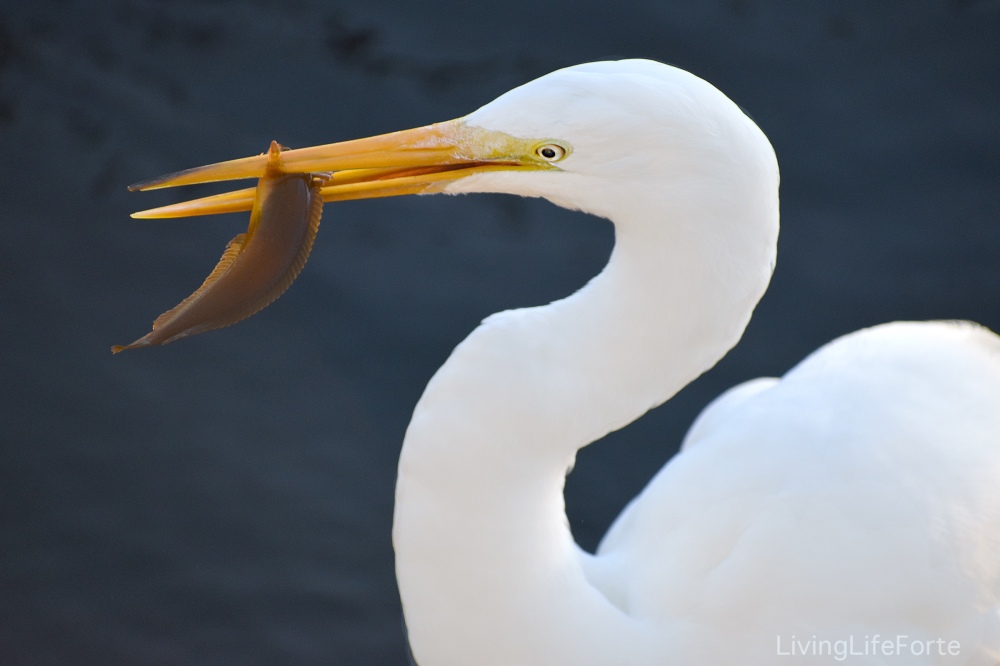 At the coast guard pier, the docks are not open to public access; therefore, only the occasional crew member breaks the peacefulness of the cove.  This makes for optimal fishing for otters, loons, cormorants, and other sea-loving birds. Over the years I have often found a Great Egret enjoying the quiet waters.  Egrets quickly stand out with their large size and stunningly white feathers that contrast the grays of the rocks and deep blue of the water.  And, though I know better, I have often fancied that the one that I see is always the same bird and that his name is Stanley.

I have many photos of Stanley.  I have taken shots of him as he stands for an eternity with his neck outstretched, peering beneath the floating dock.  I have taken even more of him as he stands upright watching the waves rather than the bounty beneath them.  On the days that I don’t have a camera, Stanley is active.  He moves colorful bits of seaweed or stands curiously looking at the rescue dummy lying on the dock.  But, despite the success of the other birds and beasts, over all this time, I had never seen him actually catch anything. Until now.